WASHINGTON, DC — Following Tuesday’s primary election that resulted in a slate of Republican nominees united in fighting back against the socialist policies from Democrat-controlled Trenton that have cemented New Jersey as the most taxed state in the nation, the Republican State Leadership Committee today highlighted a new round of candidates in its “2021 New Jersey Candidates Spotlights” series. The RSLC is proud to promote candidates like these, who will rebuild New Jersey’s struggling economy, create opportunity, and support working families. 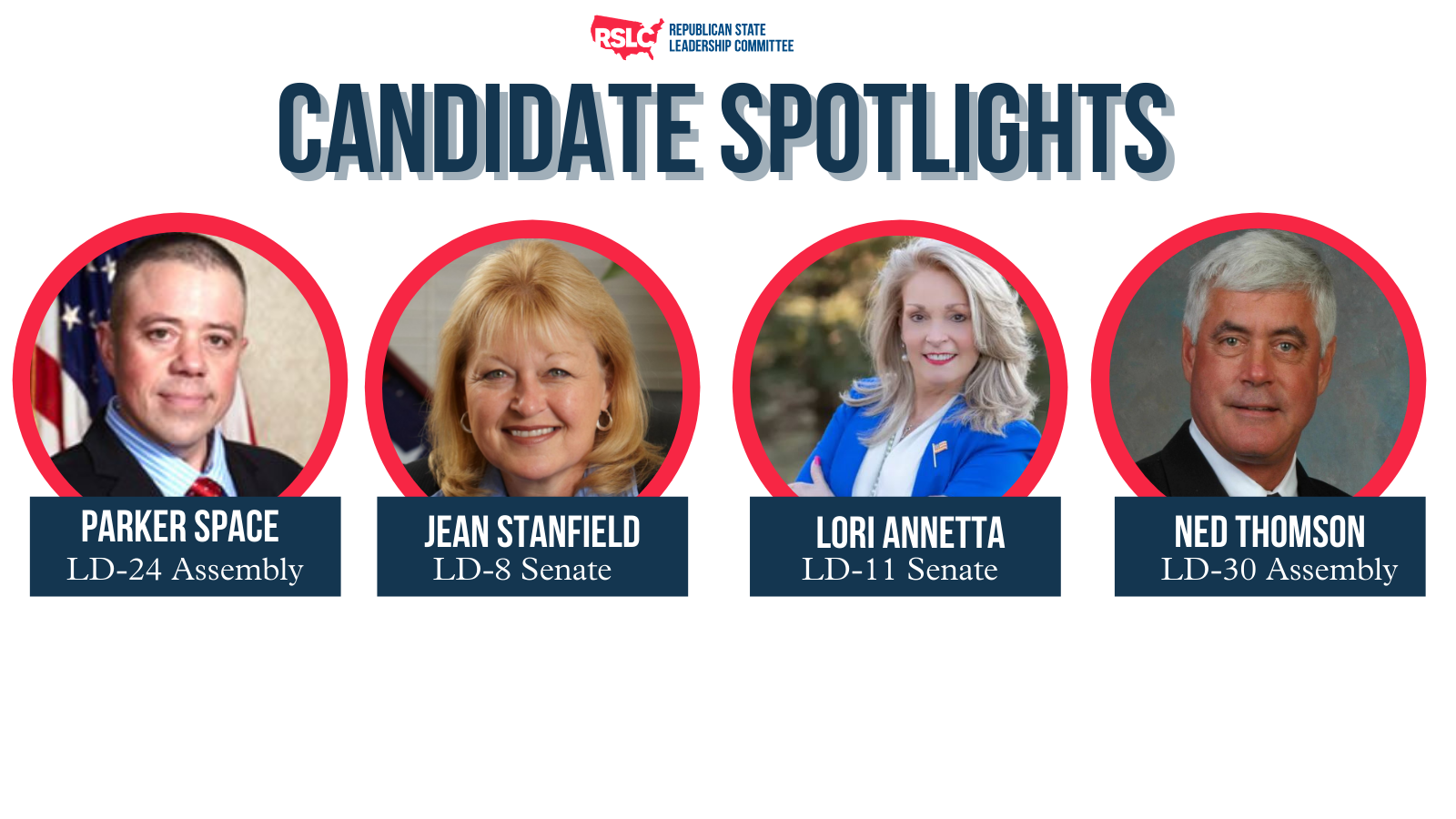 Assemblyman Parker Space has served District 24 since 2013, is an eighth generation farmer, and is the owner of the Space Farms Zoo & Museum. He has also served as a volunteer firefighter since 1989. An advocate for farmers in the Garden State, he championed the New Jersey Rural Microenterprise Act that allows owners of preserved farmland to expand economic activity. As a business owner, husband, and father of three, Assemblyman Space is eager to continue fighting back against Democrats’ radical policies for a better New Jersey.

Assemblywoman Jean Stanfield was the first female sheriff of Burlington County, serving the community for 18 years. She was re-elected five times as Sheriff before joining the state Assembly in 2020. She was also an assistant prosecutor in Burlington County. Stanfield will continue her work to make New Jersey more affordable and support New Jersey families, veterans, and seniors.

Lori Annetta has been a resident of Freehold Borough for 25 years. She is a business leader and community advocate. Lori previously served on the Freehold Historical Preservation Committee. She is a wife and mom of three. As a financial services professional with more than 30 years of experience, she knows what it takes to create jobs, revive the economy, and get New Jerseyans back to work.

Assemblyman Ned Thomson began his legislative career in 2017. He is a pilot who volunteers with Angel Flights and the Junior Olympics. Prior to joining to Assembly, Thomson was a Trustee of the New Jersey Public Employees Retirement System for more than 20 years, served on the Wall Township Committee for a decade where he was twice elected Mayor, and he was a member of the Wall Township Planning Board and Board of Adjustment. Thomson is an experienced leader who has proven that he has what it takes to bring fiscal sanity back to Trenton.