Washington, DC — Following a week of Terry McAuliffe and Virginia House Democrats ignoring the concerns of parents and waving off politicized curricula as ‘right wing conspiracy,’ the Republican State Leadership Committee (RSLC) today released a new round of candidates for its “2021 Virginia Spotlight Candidates” series. The RSLC is proud to support candidates like these, who are fighting to expand opportunity in Virginia and push back against the far-left policies being implemented by Democrat-controlled Richmond.

The Democrats’ callous strategy to wish away critical race theory demeans parents who are saying, “…students are being divided as ‘oppressors’ and ‘oppressed,’ shamed for having ‘white privilege’ and belittled for achieving merit. Asian students are being told they aren’t the right kind of minority.”

In contrast, the slate of Republican candidates running for House of Delegates in Virginia in 2021 demonstrate the RSLC’s commitment to expanding the future of the party with candidates who have a deep understanding of the issues impacting the communities they represent. Virginia’s Republican statewide ticket already includes an entrepreneur and political outsider candidate for governor, an African American and veteran candidate for lieutenant governor, and a Hispanic candidate for attorney general, and will be supported by the 22 women, 8 minorities, 21 veterans, 19 young Republicans, and 24 business owners running for the House of Delegates. These candidates understand the importance of a politics free education, how to revive the economy, and are ready to fight back against the radical policies Democrats continue to push. 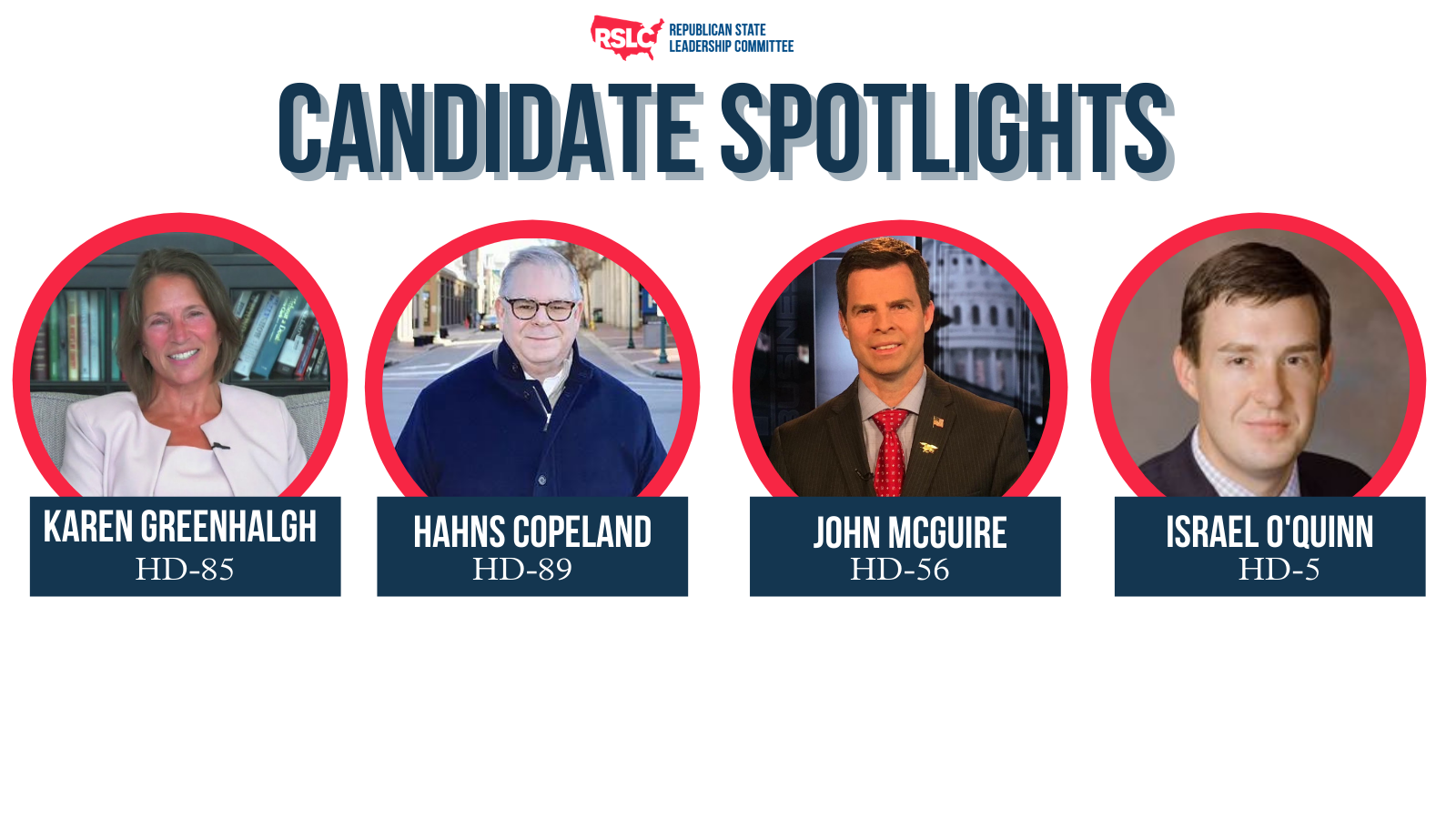 Karen founded and developed a highly successful custom cabinet manufacturing facility and Cyber Tygr, which addresses privacy and cybersecurity risks in health care. She’s also a counselor and manager for local crisis pregnancy centers. Karen will utilize her unique experiences to be a leading voice in Richmond on lowering health care costs and expanding choice.

Hahns opened his first business in 1995. He has been self-employed since and has been engaged in the businesses of civil engineering, real estate development, and construction management. He’s an author and volunteer professor at Old Dominion University. Hahns will fight to create a better Virginia by implementing fiscal responsibility in Richmond and preserving our Constitution.

John served ten years in the US Navy. He founded and owns a small business and is a husband and father of five. As a veteran, John will fight for better services for all members of Virginia’s military community, law enforcement, and first responders. He will make sure tax dollars are being used efficiently and work to keep communities safe.

Israel in the former Chairman of the Bristol Chamber of Commerce. He’s the recipient of the Business Journal’s Top 40 Under 40 award and Emory and Henry College’s Young Alumnus of the Year award. He currently serves as co-chairman of InvestSWVA, which is a business attraction and marketing campaign working to bring new industries to southwest Virginia. Israel will work to expand job opportunities in the commonwealth, support the police officers who keep families and businesses safe, and champion conservative fiscal policies in Richmond.