Washington, DC — The Republican State Leadership Committee (RSLC) today released a new episode in its podcast series, “It’s Bigger Than You Think,” featuring an interview with Public Opinions Strategies (POS) pollster Robert Blizzard. Blizzard discusses recent polling done by POS on behalf of N2 America and emphasizes how suburban voters are souring on President Biden’s extreme liberal agenda of higher taxes reckless spending and the negative impact those policies are having on the economy. Noting the success Republican-led states have had in comparison to their Democrat counterparts when it comes to the COVID-19 recovery, Blizzard also points out that state Republicans will have a strong contrast to run on this election cycle.

The podcast was released just days after Friday’s dismal jobs report, which highlighted how Biden’s socialist wish list disguised as a stimulus package is deterring people from working and causing a serious labor shortage across the country.

“It’s Bigger Than You Think,” which is released bi-weekly at 2 PM ET and is available on Spotify, Anchor, iTunes, and Youtube, contains in-depth discussions with current and former state Republicans, national thought leaders, and top political strategists about the outsized impact state government has on the everyday lives of all Americans. 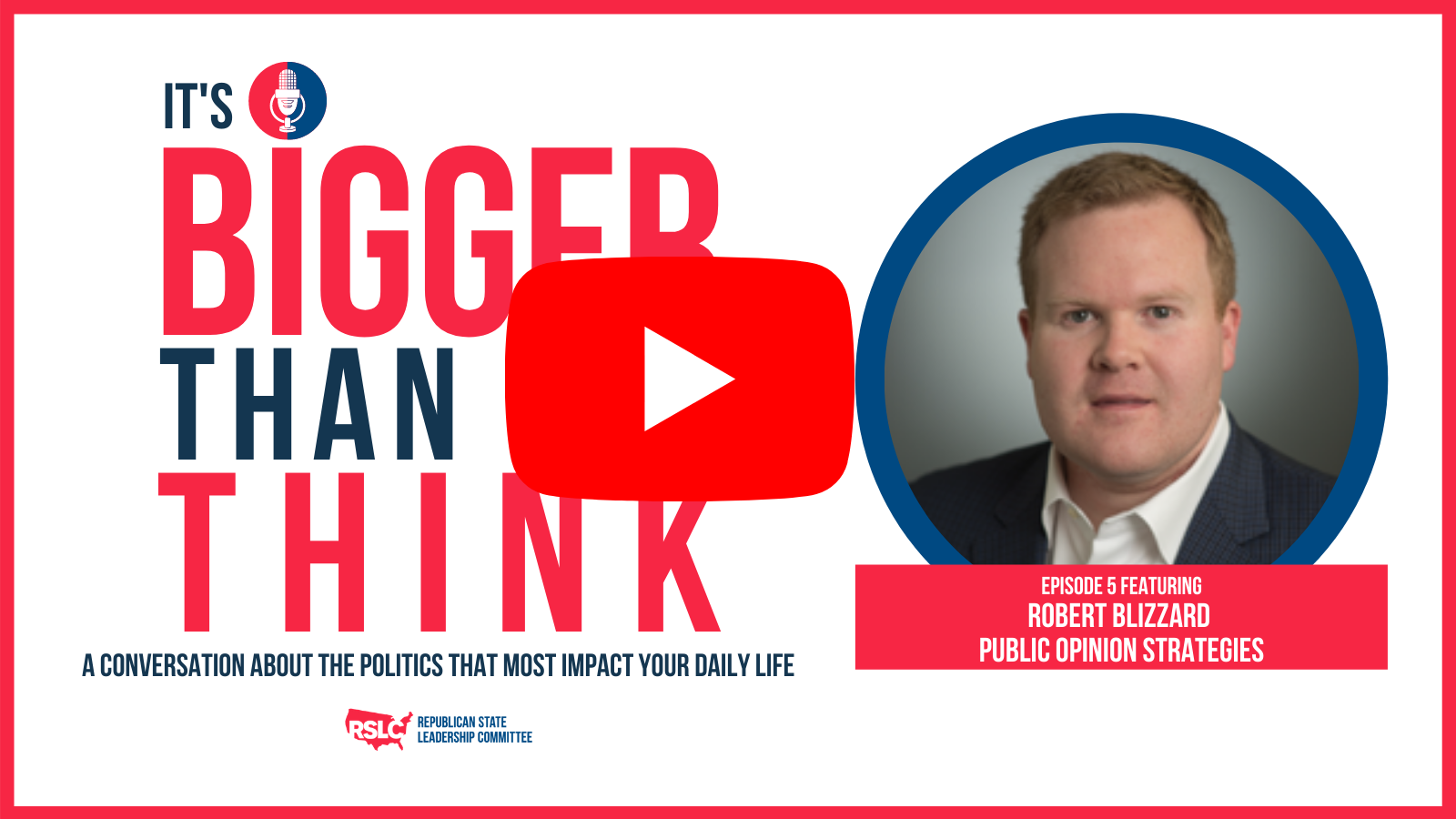 Blizzard on number one policy concern among suburban voters:

“The number one thing that comes up over and over and over again is the concern amongst suburban voters over higher taxes and spending… I think they are especially concerned about the economy and fiscal issues like taxes.”

“Most suburban voters do want traditional infrastructure improvements…They do think that roads and bridges are not in good shape. But when we pushed it on the social welfare components, that was a big red flag to a lot of voters. A laundry list of social welfare components is how they described it…against the free community college, government paying for child care, and all these sweeteners in these bills that the Democrats are passing. And along those lines… they worry about the cost of possible tax hikes that are coming with this… There’s a worry the federal government is going to mismanage this.

Blizzard on the importance on reopening schools:

“They are looking at things through a post covid lens. Issues with school openings is a good example. When we first started this research last year suburban voters didn’t really know much about their school districts other than their teachers or where their kids were going to school. They didn’t know a lot about the teachers’ unions, school boards, or administrators. Now, they’re looking closer into that.”

Blizzard on the drawing the contrast between red states and blue states:

“I think it’s a huge opportunity. It’s more so an opportunity in states where you have a blue governor and a red legislature, like Michigan for example, or Pennsylvania….Looking at the reopenings.., look at the states that have been red controlled like Florida and Texas and compare that to what’s going on in states like New York and California.”