Washington, DC — The Republican State Leadership Committee (RSLC) today released a new episode in its podcast series, “It’s Bigger Than You Think,” featuring an interview with education advocate and Virginia parent, Ian Prior. Prior addresses the left’s recent push to politicize school curriculum, cancel culture, and how he is building a grassroots movement to fight back against both.

The debate over critical race theory is taking place all across the country, but has become especially intense in Virginia in recent weeks. Parents and teachers in the commonwealth are rallying against it and other efforts reportedly being explored by the Virginia Department of Education to limit options for accelerated courses in the name of “equity.” A new poll released last week by Public Opinion Strategies showed that 50% of respondents, including 57% of Independents and 25% of Democrats, in the Virginia counties of Loudoun and Fairfax oppose the teaching of critical race theory in public schools.

The left’s push to teach critical race theory makes the measures being taken by state Republicans across the country to provide parents with more choice when it comes to education all the more important.

“It’s Bigger Than You Think,” which is released bi-weekly at 2 PM ET and is available on Spotify, Anchor, Apple Podcasts, and Youtube, contains in-depth discussions with current and former state Republicans, national thought leaders, and top political strategists about the outsized impact state government has on the everyday lives of all Americans. 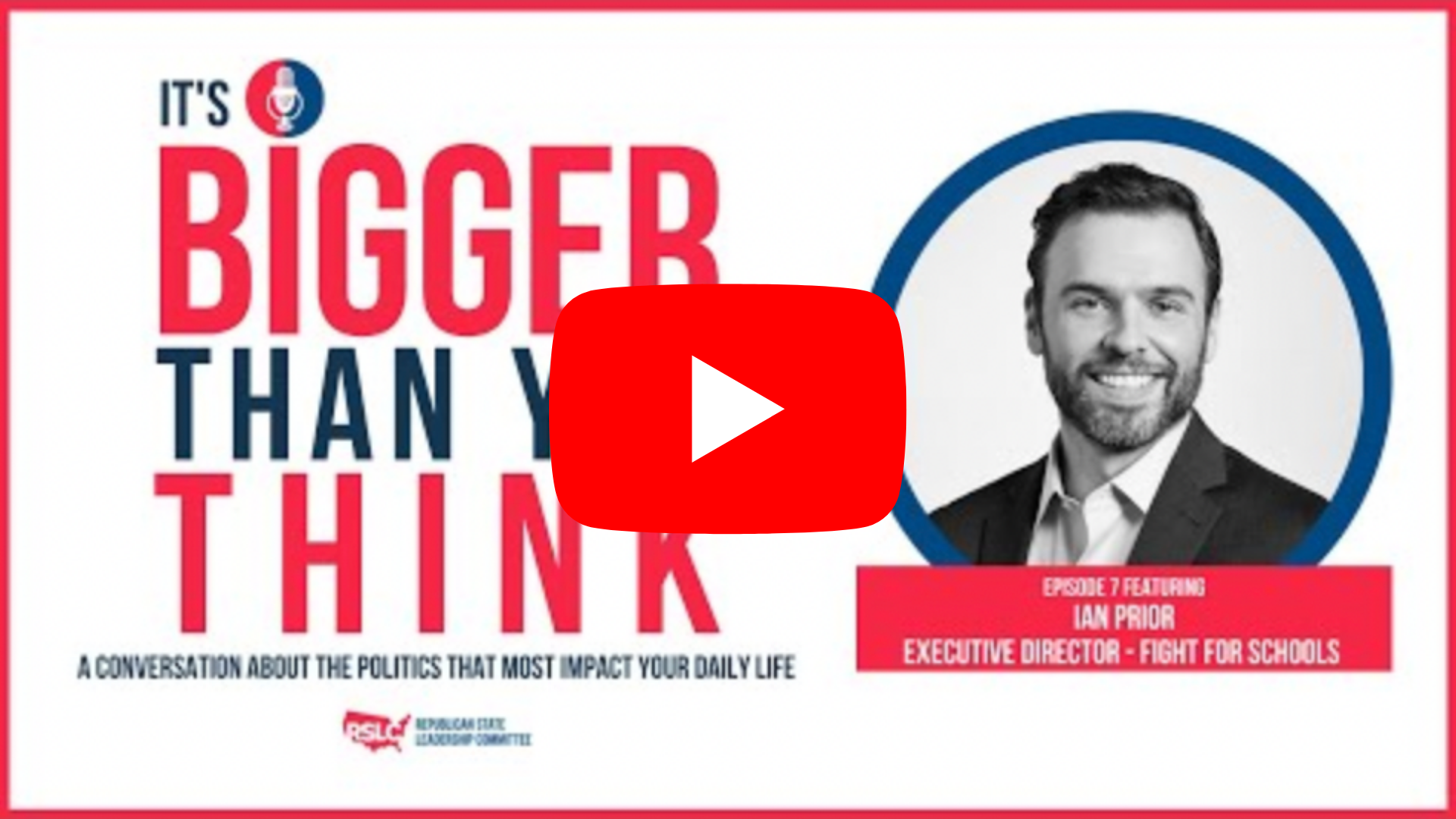 “Critical race theory views everything through the lens of race, and essentially it says that all our institutions, our language, our culture, our schools, our legal system are all systemically racist. And, therefore, in order to fix that you to be an anti-racist. And, if you are merely someone body that believes in meritocracy, western-style liberalism, and equal opportunity for all, and you are not anti-racist working to tear down the system, then you yourself are racist and you yourself are part of the problem.”

Prior on how parents are responding to a politicized curriculum:

“A lot of parents— they feel hopeless. They’re not getting proper communication from their school systems. They’re not getting treated with respect; they’re being accused spreading misinformation, and they don’t know what to do. Some of them can send their kids to private school. Some of them have the option to homeschool their kids, but others don’t have those options.”

Prior on the impact of woke cancel culture:

“Cancel culture is taking away people’s First Amendment rights. It’s taking away transparency. It’s taking away information that serves the public…This is a real problem for Democrats. They’re caught in between what they actually believe, which is that a lot of this stuff is nonsense and what their activist base believes, which is this is the greatest thing ever. And, we’re going to keep… pushing this.”

Prior on teachers’ reaction to critical race theory:

“I can tell you I’ve spoken to dozens of teachers on zoom calls, in person and they are afraid. I mean they want to go and speak up against this kind of thing. But… they don’t want to have to deal with being pulled out of school, being places on administrative leave, having to go through that, being put in that position.”