In case you missed it last week, National Democratic Redistricting Committee (NDRC) Chairman Eric Holder did an interview with MSNBC’s Chris Hayes in which he continued to tout the Democrats’ hypocritical strategy to try to swing redistricting processes across the country in their favor. The former attorney general discussed how his organization plans to file more endless lawsuits in states where the drawing of congressional lines will be controlled by Republican legislatures in order to make up for Democrats starting redistricting on their “back foot” as a result of their failures to flip state legislatures in 2020.

Holder took his hypocrisy to a whole new level, however, when he asserted to Hayes that New York Democrats should circumvent the will of their independent redistricting commission to draw maps in favor of Democrats. 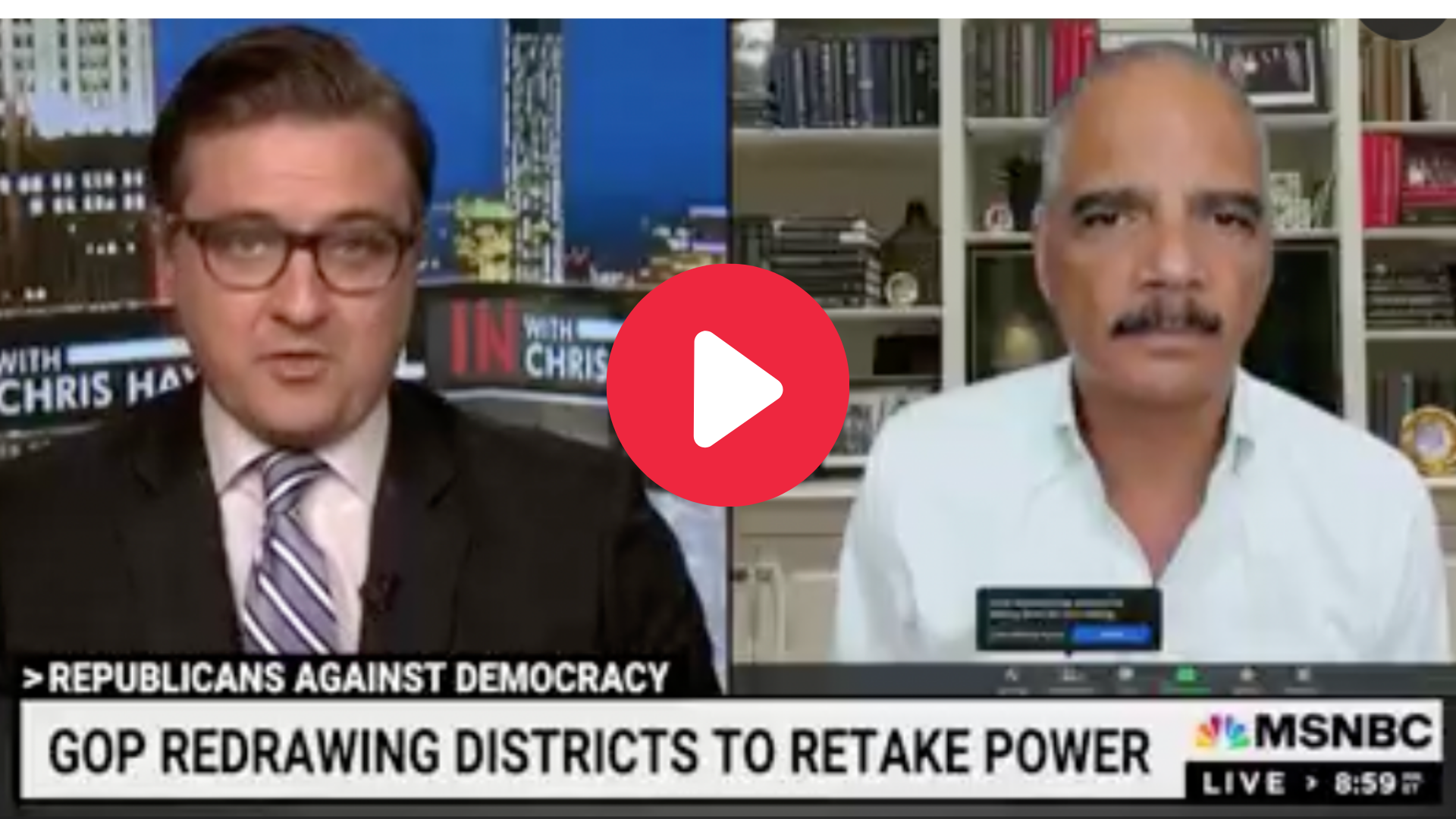 HOLDER: And if the maps are drawn in a fair way, Democrats and progressives will do just fine. Now, in New York, we should follow the population trends. New York City, a Democratic component of New York State has increased in population. The rural areas in New York state have lost population. And so, if you`re going to pull out a district for people — you`re going to decrease the number Representatives, they probably ought to come from a rural area which is probably means, you know, a couple of Republican seats there.”

“Eric Holder’s desire to have Democrats gain seats through gerrymandering in New York is further proof that his so-called support for independent commissions is phony,” said RSLC Communications Director Andrew Romeo. “If Holder was really for ‘fair maps,’ he would hold Democrat-led states like New York, Illinois, and Maryland to the same standards he applies to those where Republicans control redistricting. Don’t be fooled — the only reason Eric Holder and the Democrats won’t be doing more gerrymandering in 2021 is because they didn’t win the state legislatures they set their eyes on in 2020.”

Holder’s comments reinforce statements made by New York Governor Kathy Hochul and Democratic Congressional Campaign Committee Chairman Sean Patrick Maloney advocating for New York Democrats gerrymander themselves more power in the state. They also are another example of how Holder’s support for independent commissions is contingent on whether or not Democrats control that state’s legislature. As the Washington Times’ noted in July, Holder has yet to hold Illinois Governor J.B. Pritzker accountable for reneging on his pledge to have an independent commission to draw the state’s new congressional maps. Holder has also been mum on the refusal of Maryland Democrats to support the efforts of Larry Hogan to institute an independent commission.